Leonhard Euler – a greatest mathematician of all times 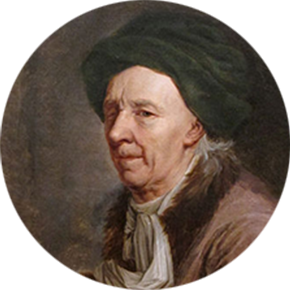 Leonhard Euler was one of the greatest mathematicians of all time. His numerous works (over 900 publications) in many areas had a decisive influence on the development of mathematics, an influence that is felt to this day.

Euler was born in Switzerland, in the town of Basel, on the 15th of April 1707, in the family of a pastor. At that time, Basel was one of the main centres of mathematics in Europe. At the age of 7, Euler started school while his father hired a private mathematics tutor for him. At 13, Euler was already attending lectures at the local university, and in 1723 gained his masters degree, with a dissertation comparing the natural philosophy systems of Newton and Descartes. On his father’s wishes, Euler furthered his education by enrolling in the theological faculty, but devoted all his spare time to studying mathematics. He wrote two articles on reverse trajectory which were highly valued by his teacher Bernoulli. In 1727 Euler applied for a position as physics professor at Basel university, but was turned down.

At this time a new centre of science had appeared in Europe – the Petersburg Academy of Sciences. As Russia had few scientists of its own, many foreigners were invited to work at this centre – among them Euler. On the 24th of May 1727 Euler arrived in Petersburg. His great talents were soon recognised. Among the areas he worked in include his theory of the production of the human voice, the theory of sound and music, the mechanics of vision, and his work on telescopic and microscopic perception. On the basis of this last work, not published until 1779, the construction of telescopes and microscopes was made possible.

In his study of colour effects, Euler hoped to make use of the observation of the conjunction of Venus and the moon, due to take place on the 8th of September 1729. However, no such effects were observed during this conjunction, and Euler was forced to wait for the eclipse of the sun which would take place in 1748. He observed this eclipse in Berlin, where he moved in 1741. Here he worked in the Berlin Academy of Sciences and was appointed as head of the Berlin Observatory, and was also tutor to the nieces of King Frederich II of Prussia.

Observations of the eclipse of the sun made by scientists of the day led them to believe that the moon did not contain sufficient atmosphere to provide the effects of diffraction or refraction. Only Euler was able to detect the moon’s atmosphere. And in 1761, when Venus passed over the face of the sun, he detected the atmosphere of Venus.

Euler’s works were not devoted solely to the natural sciences. A true renaissance man, he also involved himself in the philosophical debates of the day, and triumphantly declared himself a firm believer in the freedom of the will. Such views won him few friends in Germany, and the book in which he thus expressed himself was published for the first time in Russia, where Euler returned in 1766. Here he found many who agreed with his views, among them enemies of the views of Leibnitz and Voltaire.

In 1763 Catherine II came to the throne. She carried out reforms in the Academy of Sciences and aimed to make it a more prestigious institution. When Euler returned to Petersburg with his two elder sons they were given a two-storey house on the banks of the Neva and Euler given a position at the head of the Academy of Sciences.

At the time of his return to Petersburg Euler had already reconsidered his views on the atmosphere of planets. The work of Lomonosov and Bernoulli in this field led him to conclude that the atmosphere on the Earth and on other planets must be considerably more transparent than he had thought. Euler took a very active role in the observation of the movement of Venus across the face of the sun, despite the fact that at this time he was nearly blind. He had already lost one eye in the course of an experiment on light diffraction in 1738, and an eye disease and botched operation in 1771 led to an almost total loss of vision.

This did not, however, stop Euler’s creative output. Until his death in 1783, the Academy was presented with over 500 of his works. The Academy continued to publish them for another half century after the death of the great scientist. To this day, his theories are studied and taught, and his incredibly diverse works make him one of the founding fathers of modern science.

Other Links to Leonhard Euler Biographies:

References for Euler from History of Mathematics archive

Biography of Leonhard Euler from The MacTutor History of Mathematics archive 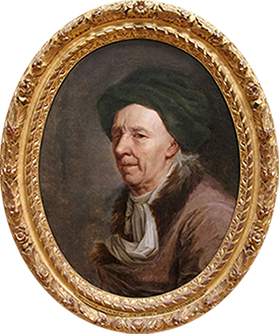